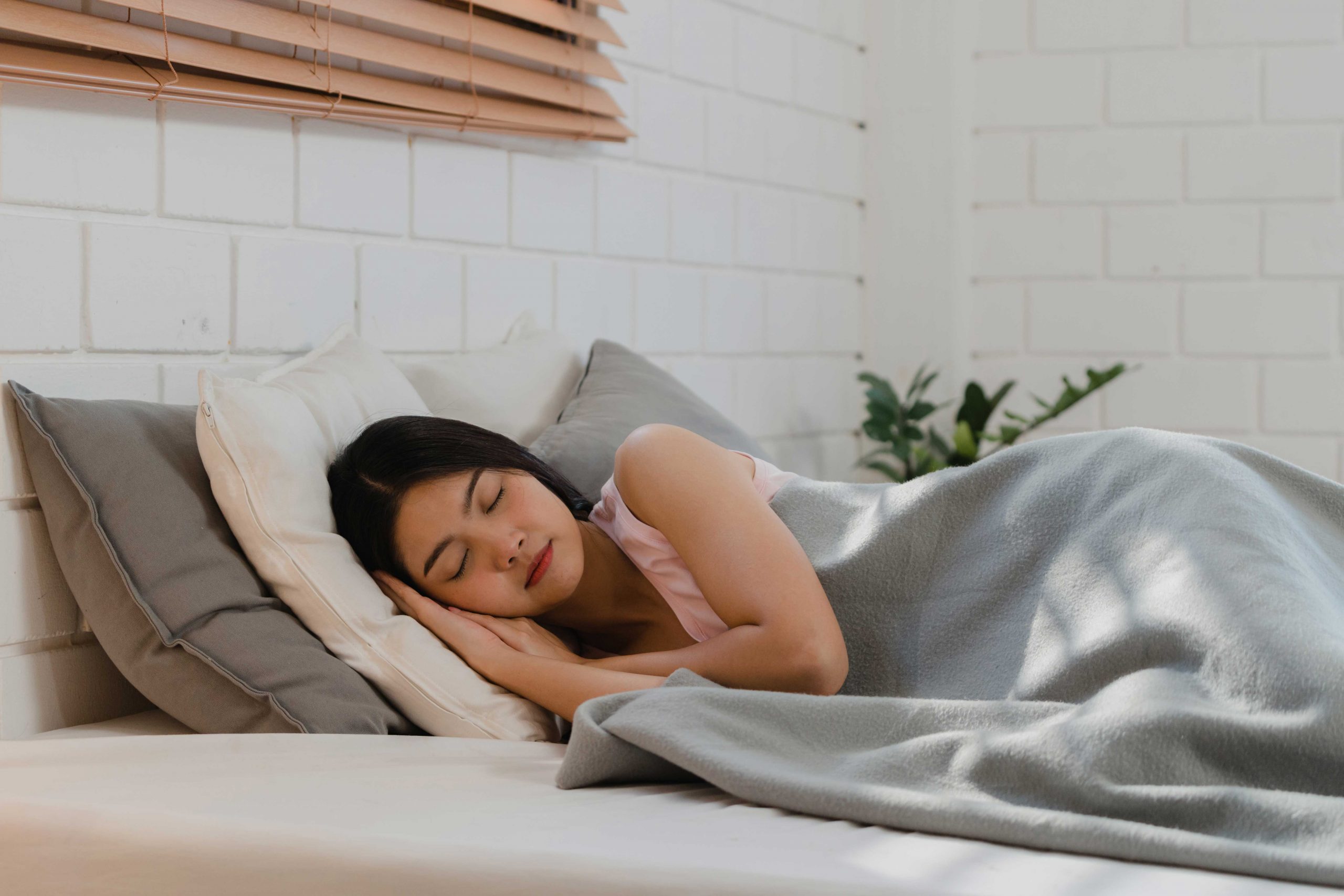 Are you getting your recommended 8 hours of sleep per night but still feeling tired during the day? Do nights of snoring result in you waking up feeling groggy? If so, then you could be affected by sleep apnea.

But what exactly is it? Sleep apnea is a condition that causes individuals to stop breathing for short periods of time while they are sleeping. It is a serious medical disorder that often goes undetected and when untreated can have serious effects on your long-term health. In addition, sleep apnea can cause fatigue and irritability throughout the day while also affecting your ability to perform at work.

The common remedies for sleep apnea include medication, using CPAP breathing machines, and in severe cases, surgery. However, there are certain lifestyle changes that can be made to help sleep apnea and improve your sleep, productivity and general wellbeing.

Let’s start with the basics.

Sleep apnea occurs when your airway collapses during sleep causing you to completely stop breathing. This cycle can occur hundreds of times during the night which ends up starving the body of oxygen. When this happens, low oxygen levels are detected by the brain, which sends a signal to the body to wake up gasping for air.

Sleep apnea in adults is often caused by excess weight and obesity. This is due to the excess soft tissue around the mouth and throat blocking the airways when asleep.

Interestingly enough, most people with sleep apnea don’t remember waking up during the night, even if they wake a hundred times. Instead, the constant snoring, waking up gasping for air or repeated episodes of not breathing often leads to their partner detecting that there is something wrong.

What are the medical dangers of sleep apnea?

Having your sleep interrupted frequently will certainly make you tired, fatigued and have poor concentration. But sleep apnea can also cause other health issues such as a weakened immune system, memory loss and increased risk of heart failure.

In addition, it has also been found to increase the risk of type-2 diabetes, high blood pressure, depression, impotence and mood disorders.

Sleep apnea and the workplace

Although sleep apnea is a night-time condition, often, people who suffer from it are affected during their waking hours too. This can often result in poor productivity and lack of concentration along with these additional symptoms:

Another very real concern related to sleep apnea is the increased risk to accidents. In fact, studies show that sleep apnea has been found to double the risk of accidents in the workplace! Think about it, would you want a forklift driver operating moving pallets around the warehouse on two hours of sleep? Or a builder balancing precariously on a ladder after a night of below average rest? How about a delivery driver weaving in and out of their lane on the highway at 100 km/h?

As carrying excess body weight can increase the likely hood of sleep apnea, the first step doctors usually recommend is to lose the excess weight. Maintaining a healthy weight can reduce the severity of sleep apnea and in some cases eliminate it completely without the need for medical intervention. Losing as little as 10% of your weight can greatly reduce the number of sleep apnea episodes you get at night.

Exercise has been shown to improve sleep apnea as it increases your energy levels and improves the oxygen flow in your body.

Tobacco contributes to the inflammation and swelling in your airways, while alcohol relaxes the throat muscles that control your breathing. Both of these factors can worsen your snoring and interrupt your sleep cycle.

Something as simple as changing your sleeping position could reduce sleep apnea. For example, sleeping on your back can worsen sleep apnea. A better position would be to sleep on your side, and preferably on your left as it allows for better blood flow and reduced resistance for breathing conditions.

Diet modifications can be a crucial part of your lifestyle changes to combat sleep apnea. It’s important to avoid large or heavy meals within two hours of going to bed. Poor sleep and sleep apnea can also have an effect on the foods you crave. Lack of sleep has been linked to changes in the hormones leptin and ghrelin which control your feelings of hunger and fullness. If you are sleep deprived you may eat more, gain weight and worsen your sleep apnoea. Eating well can assist in weight loss and this, in turn, often improves symptoms.

Do you notice staff who seem excessively tired? Are people coming in exhausted even though they say they had a good night’s sleep? Sleep apnea in the workplace can be a real concern, especially if it is undiagnosed.

If you believe sleep issues and sleep apnea is a problem in your workplace, Healthworks can offer you a solution. Our Sleep Health Consultations screen for sleep patterns and potential sleep apnea while also educating your employees on the importance of healthy sleep habits.

Contact Healthworks to discuss the range of health checks and consultations available to improve your employee performance at work.