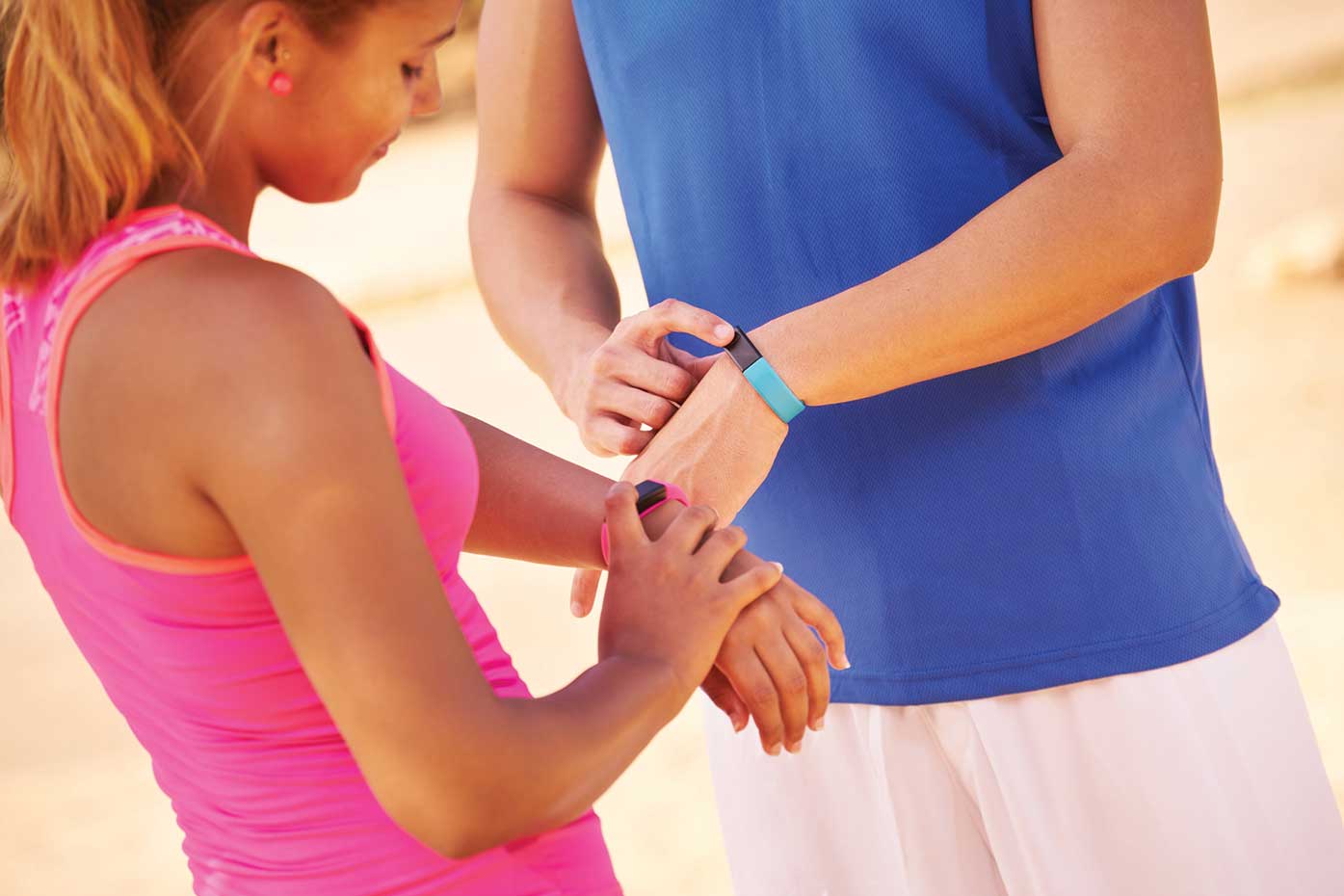 How effective are fitness trackers?

If you’ve resolved to lose weight, get fit and improve your health, there’s a good chance you’ve considered buying one of the many wearable electronic devices on the market. But are fitness trackers really the answer to better health?

There’s nothing more satisfying than the vibration on your arm that signals the moment when you reach your target of 10,000 steps. For some people activity trackers are little more than a way to find out interesting information about their health and day-to-day habits, but for others they become a loyal companion that motivates them to achieve health goals.

So will they help you get fit and lose weight?

Yes and no, report the experts. While these devices allow us to monitor our progress – or lack of – they’re not really helping us learn healthier lifestyle habits in the long run. Once the novelty wears off, surveys show that many of us revert back to our old habits, undoing all the hard work. A study published in the Journal of the American Medical Association found that study participants who wore wearables lost only half as much weight as those who took part in health counselling. This led researchers to believe that these devices don’t really offer any advantages over normal weight-loss recommendations on physical activity and diet. One possible theory that could explain the poor results is that we tend to rely on the tracker to do the job for us and ‘forget’ to monitor our food intake.

According to John Jakicic, the study’s lead researcher at the University of Pittsburgh: “While usage of wearable devices is currently a popular method to track physical changes, these devices should not be relied upon as tools for weight management in place of effective behavioural. On the other hand, even a small amount of weight loss can lower blood pressure and reduce diabetes risk. And one of the main advantages of using wearable fitness trackers is that they kick-start change – an important first step for anyone wanting to improve their health and lose weight. “We know that monitoring activity, behaviour and diet is very important to weight-management success, so making it easier to do that, and in real-time, should in theory improve success,” adds Jakicic.

If you want to improve something, the first step is to start measuring it, so you can see what needs to change to make a difference. The appeal of a fitness tracker is that it measures your progress, and seeing those numbers can be motivational. “If a wearable device is what’s going to get you to exercise then I think it’s worthwhile,” says Dr Gary Miller from Wake Forest University Health and Exercise Department in the US.

For instance, if you decide to start walking to lose weight, the hardest part is staying motivated because the results won’t show up overnight on the scales. A wearable device, even one as simple as a pedometer, will clock up your steps, giving you instant feedback that you’re doing something worthwhile. The positive reinforcement can keep you going long enough to see the results of your hard work when you do eventually step on the scales.

It all adds up

A wearable device that clocks up your steps or how many kilojoules you burn may also encourage you to go for a walk at lunchtime rather than eating at your desk, or to take the stairs instead of the lift. You might also be more likely to get off a stop early on the commute home, or even to leave the car at home and walk to work if time permits.

The question is whether 10,000 steps done incidentally over a 10-hour period are as effective as the same number done in two hours at a moderate pace. The jury is still out, but as John Schuna Jr, assistant professor of kinesiology at Oregon State University says: “Some physical activity is better than none, and typically more is better than less.”

How to make your device work for you

If you already own a wearable device, there are a few simple ideas that can help you get the most from your tracker.

Stick to realistic goals. It’s better to have a series of small changes than to aim too high. If 10,000 steps a day seems unachievable, start with 1000 and work your way up. By not pushing yourself too hard too fast you’ll be more likely to stick to your new habits in the long term.

Don’t beat yourself up. Sometimes no matter how hard you try you don’t reach your goal. Work and family commitments can get in the way of the best intentions. Instead of giving yourself a hard time, reset the target to a lower level, and try again.

Avoid information overload. We’re all pressed for time at work and at home, so focusing on the measures that will make the biggest difference to your life is the best advice. If you need to lose weight, use your wearable only to target that. When you feel ready to move onto another challenge, like better sleep, you can then start to use your wearable to tackle that issue.

A fitness or activity tracker will encourage you to take 10,000 steps a day. But do you really have to walk this much to be healthy?

Worldwide, physical activity is decreasing and obesity is on the way up so, let’s face it, any movement is better than none at all. If you’re sedentary, even adding 2000 extra steps into your day is worthwhile. But you might be surprised to hear that the idea of taking 10,000 steps a day is not based on scientific research. It actually has its origins in a marketing slogan used during the 1964 Tokyo Olympics when a pedometer called manpo-kei was released. The term translates to ‘10,000 step meter’, a catchy name chosen only because 10,000 is a Japanese counting unit.

Although the positive benefits of movement are undeniable, the effects on health and fitness of taking 10,000 steps a day have not been proved clinically. But more than 50 years later we still use 10,000 steps as a measure of good health, thanks to a clever marketing slogan.