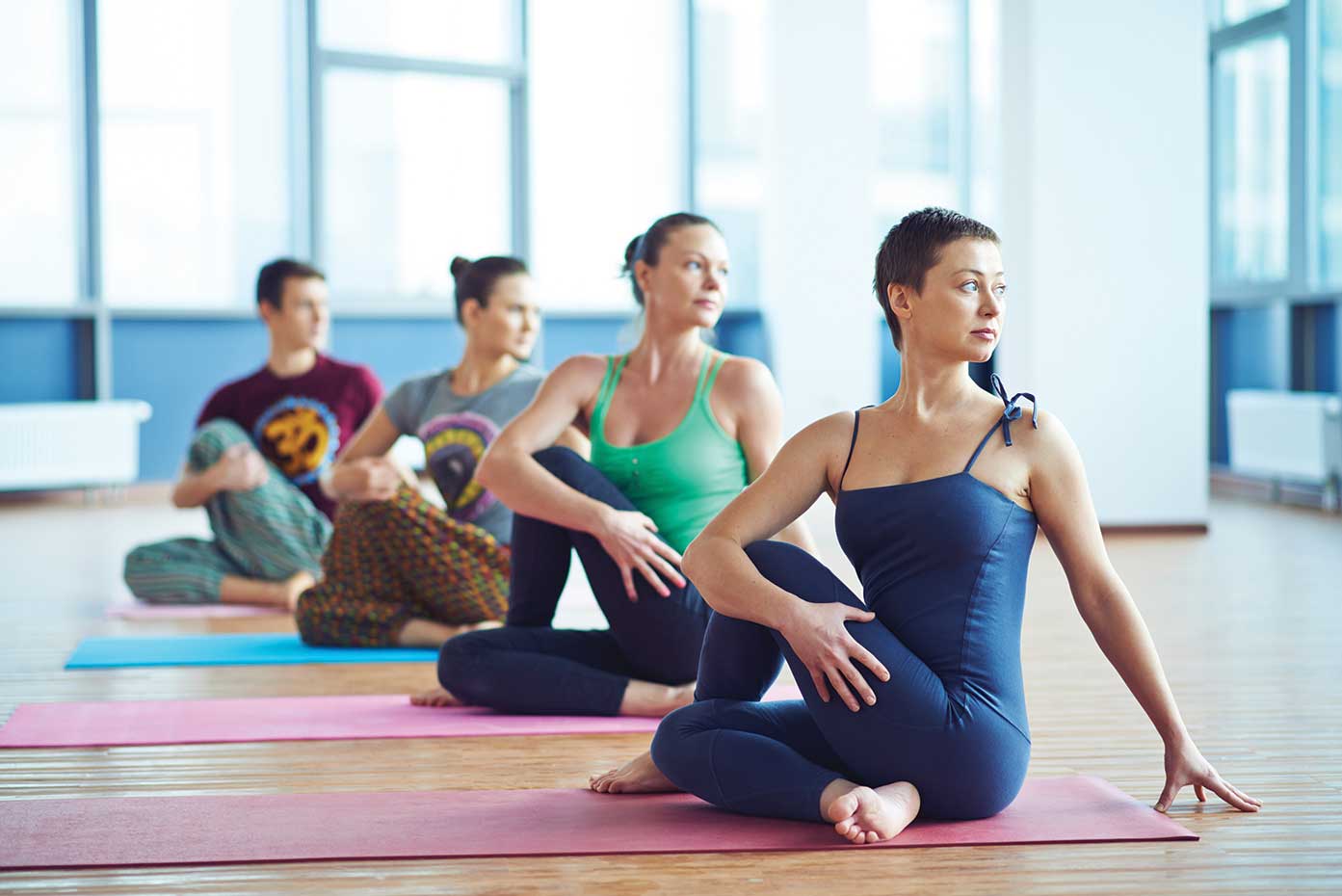 The benefits of yoga: beyond stretching

It can be difficult to separate the reality from the hype. Can yoga really do more than help you touch your toes? Here we look at the proven benefits of yoga, as evidenced by published research, so you can see if and when it’s right for you.

1. Let’s start with the big one: depression and anxiety

Scientific reviews of a wide range of yoga practices suggest they can reduce the impact of exaggerated stress responses, and yoga may be helpful for both anxiety and depression.
Yoga achieves this by modulating your stress response systems. It decreases your physical reaction to stress. It lowers the heart rate, lowers blood pressure, and slows your breathing.
A German study looked at a group of women self-described as “emotionally distressed” who did two 90-minute yoga classes a week for three months. Women in another control group maintained their normal activities.

At the end of three months, women in the yoga group reported improvements in perceived stress, depression, anxiety, energy, fatigue, and well-being. Depression scores improved by 50%, anxiety scores by 30%, and overall well-being scores by 65%. Another study by Boston University’s School of Medicine found that one 60 minute yoga practice produced a 27% increase in GABA in the brain. GABA is a neurotransmitter, and people with low levels GABA are more likely to have anxiety, depression, and Alzheimer’s.

Closely related to anxiety and depression is insomnia. Harvard Medical School’s Brigham and Women’s Hospital found yoga practice lead to “statistically significant improvements” in all aspects of falling and staying asleep, and waking up from sleep.

One study investigated sedentary people who hadn’t done yoga before. After eight weeks of yoga at least twice a week for a total of 180 minutes, participants had greater muscle strength and endurance, flexibility and cardio-respiratory fitness.

Former vascular surgeon and now yoga therapist, Dilip Sarkar, says yoga has clear and direct benefits on heart health. Several studies have shown yoga can help lower blood pressure in people with hypertension. Sarkar explains why: “Hypertension is due to a constriction of blood vessels, and heart disease is due to blockage in the coronary arteries. When relaxation sets in, yoga therapy relaxes blood vessels and reduces blood pressure while increasing the blood flow to the heart muscle.”

A study of adults with metabolic syndrome found a similar link. Metabolic syndrome is a cluster of risk factors linked with heart disease, diabetes and stroke. After a year of practising yoga, the subjects had lowered their blood pressure and lost weight.

“People who have a daily yoga practice have effortlessly and automatically changed their lifestyle. They eat better, sleep better, their lifestyle is more regulated.”
– Dilip Sarkar

Consistent yoga practice can reduce blood glucose. A study published in the Journal of Clinical and Diagnostic Research followed 30 men with Type 2 diabetes who practised yoga for six months. They had a “significant” decrease in their blood glucose levels.

People who do yoga eat more mindfully. In fact, the longer you’ve been practising yoga, and the more often you do it, the more mindfully you eat. Mindful eating helps you enjoy and appreciate your food, and is associated with lower BMI and better mental health.

A study of 90 people with chronic low-back pain found that those who did Iyengar yoga had significantly less disability, pain, and depression after six months compared to a control group.

What about weight loss?

Can a bit of breathing and stretching really help you lose weight? Yes, it seems. If you do it long enough.

Researchers have found that people who practise yoga for at least 30 minutes once a week for at least four years, gain less weight during middle adulthood. People who were overweight actually lost weight. And, people who did yoga had lower body mass indexes (BMIs) compared with those who did not practise yoga.

Part of this is due to mindfulness: when you’re more aware of your body, you’re less likely to overeat or emotionally eat. Plus, reduced stress can help you reduce weight. Dilip Sarkar (see main article) explains it this way: “What I’ve found through studying yoga therapy is that people who have a daily practice have effortlessly and automatically changed their lifestyle. They eat better, sleep better, their lifestyle is more regulated.”