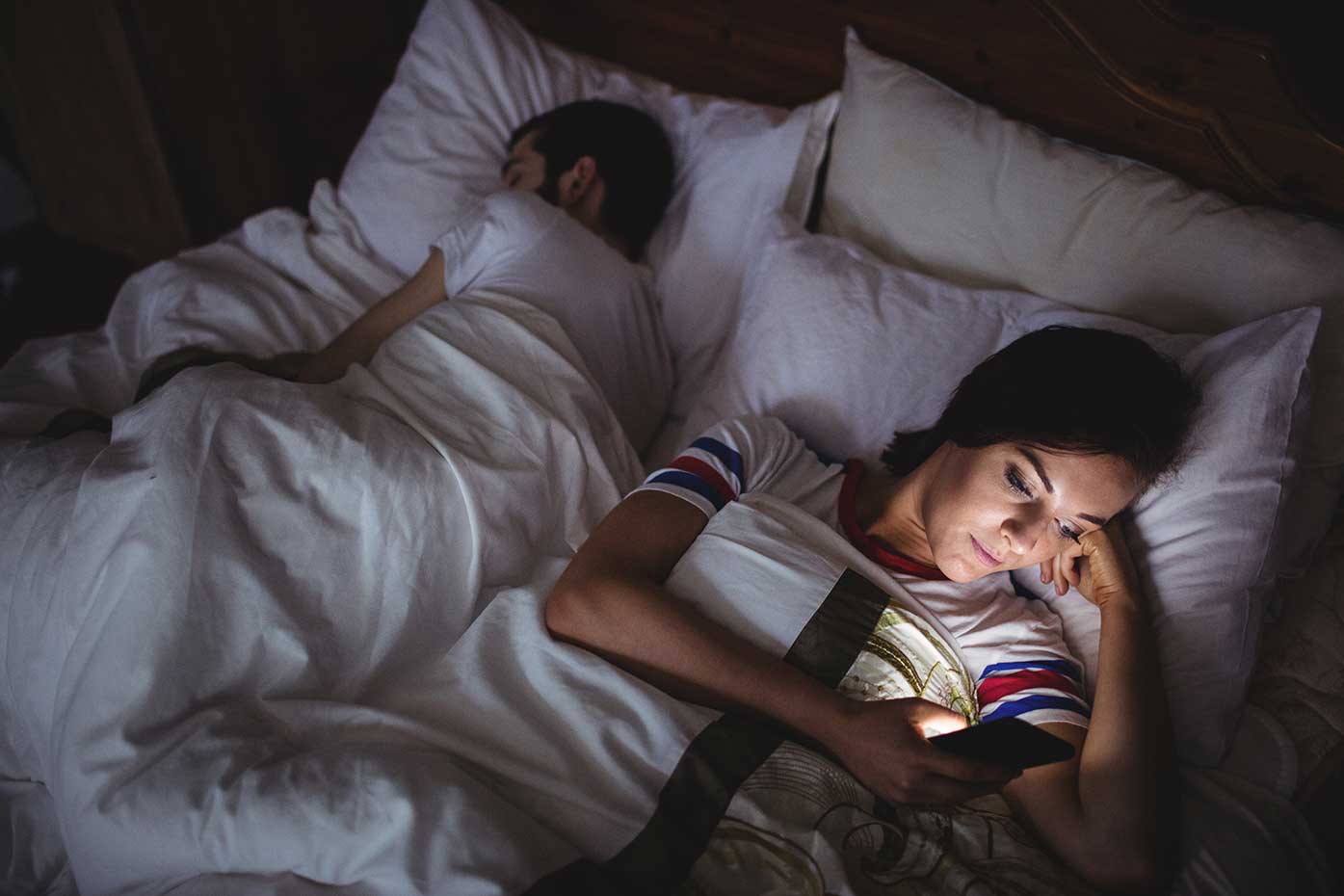 Blue Light and Its Impact

Blue light and its impact

Modern life has ushered in a whole new world of technology and possibility. Think back to 30 years ago; computers were around, but they were used mainly in schools and offices, not at home. People had mobile phones, but they were used purely for making phone calls, and bore no resemblance to the smartphones of today.

We now carry devices with thousands of times the power of those first computers in our pockets. We are able to instantly connect with people regardless of time or distance. However, this increased connectivity and technology has repercussions on our health.

Most electronic devices including televisions, computers, and smartphones transmit blue light. The effect blue light has on our health is a recent and rising concern.

So, what exactly is the problem with blue light, and what can you do to guard against its negative impact?

What is blue light?

Light moves in waves, with the wavelength defining the type of light. These wave lengths make up the electromagnetic spectrum, some of which is visible to the human eye and some is invisible. The visible part of the spectrum is seen as the colours: red, orange, yellow, green, blue, indigo and violet. As blue light has a short wavelength is emits a higher amount of energy. Studies suggest that, over time, exposure to the blue end of the light spectrum can cause long term damage to your eyes.

Where is blue light found?

Blue light is actually everywhere. During the daytime it is found naturally in sunlight. This natural blue light is known to boost alertness and mood. This is why people in countries with a low level of natural sunlight during the winter months are more likely to suffer with Seasonal Affective Disorder (SAD) – a type of depression caused by a lack of natural light.

There is also artificial blue light. This is found in electronic devices such as TV’s, computers, laptops, smart phones and tablets and fluorescent and LED lighting.

With the evolution of digital technology and the growing popularity of using these devices, we are now being exposed to more blue light than ever before. This increased exposure may have some worrying health consequences.

So, why should we be concerned about blue light?

Blue light is not inherently dangerous, and actually offers health benefits when exposure is restricted to normal daytime levels. The problem with blue light is when we are exposed to high levels of it in the evening, after the sun has set.

Blue light is more powerful than lower wavelength orange and yellow light. It reduces the secretion of melatonin – a hormone that regulates our sleep cycle. Melatonin levels naturally rise in the evening as our environment becomes darker.

In other words, being exposed to blue light in the evening will make it more difficult for you to sleep. Research by Harvard University shows that 6.5 hours of blue light exposure can shift circadian rhythms by up to three hours.

Research examining the impact of blue light on the health of the eye is underway. Early findings suggest that blue light may contribute to eyestrain which manifests as sore eyes and difficulty focusing. Blue light, unlike longer wavelengths of light, can penetrate to the retina at the back of the eye. There is concern that long-term exposure may damage the retina. Further research is needed to determine whether blue light has other potential health concerns. The most important known health risk is the disruption to our sleep cycle.

How to Protect Yourself from Blue Light Exposure

If you are worried about your level of blue light exposure in the evenings, there are several steps you can take to reduce blue light in your home.

The first and easiest step is simply to turn off your phone and other electronic devices at night. You should avoid looking at screens for two hours before bedtime.

If you must use electronic devices in the evening, blue-light-blocking glasses, or a filter for your computer screen, tablet, or smartphone will block the wavelengths of blue light, letting only the longer wavelength orange and red light through.

You can also install an app like f.lux on your computer or smartphone that will automatically adjust the colour temperature of the display during evening hours. Some apps, like the Kindle reading app, also allow you to change the background colour of the screen from white to yellow or sepia, which reduces risk of eye strain.

Finally, you should switch out bright white or blue fluorescent bulbs in your home for warmer yellow lights or “smart” bulbs that you can change the colour of, such as the Philips Hue. Consider installing a dimmer switch so you can lower light levels in the evening, or use lamps with low-energy bulbs instead.